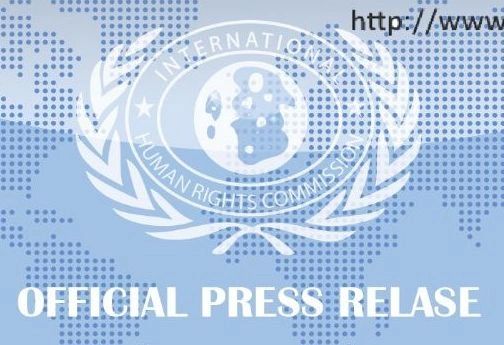 The International Human Rights Commission, International Human Rights Commission Relief Fund Trust became an Intergovernmental Organization on November 22, 2012 after the first meeting of Intergovernmental Relations Council (IGRC) under the Presidentship of His Excellency General, Emile Lahoud former President of Lebanon, in which IHRC passed its status to work as Intergovernmental Organization The International Human Rights Commission Relief Trust Fund has its Diplomatic/official Representations in forty-two countries and more than seventy five thousand members around the world connected through our news  websites- http://ihrchq.wordpress.com, Facebook/electronic mail etc. By March 12, 2012, more than 2250 Non-Governmental Agencies and Civil Society Organizations from different nations linked-up and got memberships of the Commission.

In 2016, the IHRC-RFT became one of the very first Agency to acquire its Special Consultative Status (Observer) at the United Nations-ECOSOC promoting the United Nations Sustainable Development Goals 2030 Agenda. The IHRC is fully supportive of the AU-UN reforms and common positions to strengthen inclusive growth of Least Developed Countries (LDCS) as well stand ready to defend the Human Rights Charter of the United Nations and The Universal Declaration of Human Rights (UDHR)and the aims and objectives of the IHRC declaration in 1988, Rome, Italy.

The Commission is aggressively promoting the UN-SDGS-2030 in twenty-six countries-with representatives in various committees of the UN, EU, OIC and other regional agencies-partnering in different countries with NGOs (in country) when the need arises in pursuit of creating better quality of life and certainly, with the sole aim of leaving no one behind.(Goal# 17 of the UNSDGs 2030).

What's something exciting your business offers? Say it here.

Sign up to hear from us about working groups, educational programs, human rights projects, and Others...